Saturday 13th of August. The streets of Lima were flooded with people denouncing violence against women. This has been next in line after protests in Argentina, Brazil, Mexico and other Latin American countries, all under the slogan #NiUnaMenos – Not One Less.

But how did this phrase even start? And how did it become viral?

Fast forward to another influential event: 11th of May 2015. It was just like any another day until Chiara Paez, a Mexican 14 year old pregnant girl was killed by her boyfriend and buried in her lawn. A journalist, Marcela Ojeda tweeted #NotOneLess Actresses, politicians, artists, business women, social figures…. women, all, bah… aren’t we going to speak up? THEY ARE KILLING US

And then it began to go viral. Activists, journalists, and feminists started using the hashtag and shining a light on cases of violence against women all over Latin America. 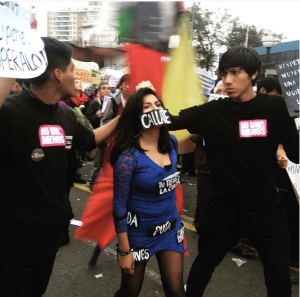 In Peru, the two landmark cases that were brought to light were Cindy Arlette Contreras and Lady Guillen. Cindy’s boyfriend physically attacked her. And although there was public footage of Cindy being pulled by the hair naked as she asked for help, her boyfriend was given a suspended sentence, as judges claimed lack of proof.  In 2012, Lady Guillen was kidnapped by her partner, who threatened to kill her and smacked her head against a wall. After months of abuse, she escaped, knowing that her life depended on it. However her perpetrator was released from prison due to lack of space.  Women were speaking out, as the journalist said, they are literally killing us. Where are the legal retributions?

Then came Peru in 2016. It was a year where people went to the streets to protest: from political demonstrations before the elections, to the PRIDE Parade. And somebody came up with the idea of a march called #NiUnaMenos to show our outrage for violence against women. The date august 13th was set. A Facebook event was created. And the build-up was massive. 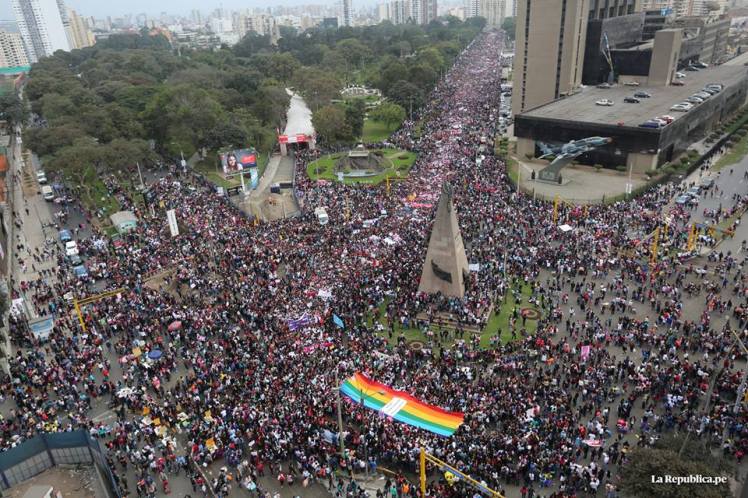 All over Lima, Peru’s capital city, one could see billboards financed by firms showing their support for the march and inviting people to attend. A feminist activist created a Facebook group called Ni una Menos, National Movement. In less than a week, it already had almost 45 thousand members. Today (the 25th of August), it almost reaches 60 thousand.

This massive movement denouncing violence against women was unprecedented in Peru. Despite the high indexes of gender violence, people rarely talk about it. According to the National Bureau of Statistics (INEI), 36.4% of women have been victims of physical or sexual violence by their partners. 7 of 10 women have been victims of psychological, physical, or sexual violence. The problem are not our laws. The problem is that there is great fear and shame to report the cases. When they are reported, the police is inefficient and perpetrators do not receive harsh punishments.
The silence formed around gender violence seemed unbreakable. It was surprising and incredibly moving that in the Facebook group, women started posting testimonies of cases of violence or harassment, sharing very private information in a public group. Responses were always warm, and a feeling of sorority was created. Somehow, this group of disconnected individuals that were outraged by gender violence were a community. And this Facebook group became a safe space to denounce cases.

There are people that mock online activism and protests saying that it makes no real difference. To them I say that just speaking about these issues, and taking away the layer of invisibility is a step forward. Nevertheless, no one that has seen the Facebook group can say that there are no tangible results: Psychologists and lawyers inside the group have started offering their services for free to women who have been victims of violence and are in vulnerable conditions. The cases of Lady Guillen and Cindy Contreras have been shared and collected thousands of signatures.

Finally, after months of build-up and promotion, the big day, the big August 13th came.

And who participated in the march? Just about anybody. The president. The victims. NGOs like Amnesty International. Feminist organizations. Families with children. LGBT groups. Catholic Groups. The women of the police force. Politicians from all the main political parties. Me. You name it.

The president, Pedro Pablo Kuczynski tweeted: “The problem of gender violence is that the silence absorbs the blows and it’s not easy for people to report,”

On that day, on August 13th the women and men of Peru were not silent. It was incredible to walk peacefully and chant and scream surrounded with thousands of strangers who believed in the same thing. Who were not willing to sit around just hearing about cases of violence against women. And those strangers made up more than 50,000 people.

If you want  to check out some of the slogans people chanted, here are a few:

*We are not one. We are not two. We are the country’s people screaming in one voice.

*Women, I love you. That is why I defend you

*Where there is fear, there is no love

*Not one less! We want each other alive

*As I walk home, I want to be free instead of brave. 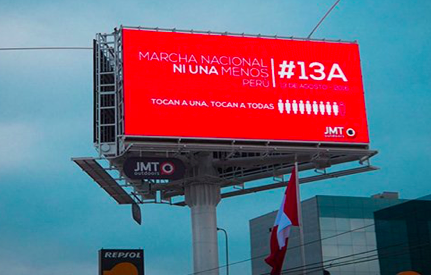 And remember, poppers, to see change, share change, be change. Much love xo.

If you are interested in contributing to PopActivism.com please visit the ‘contact’ tab to pitch your ideas.

Coming February 2018: Can Your Outfit Change the World?

Now Available! Can Your Smartphone Change the World?